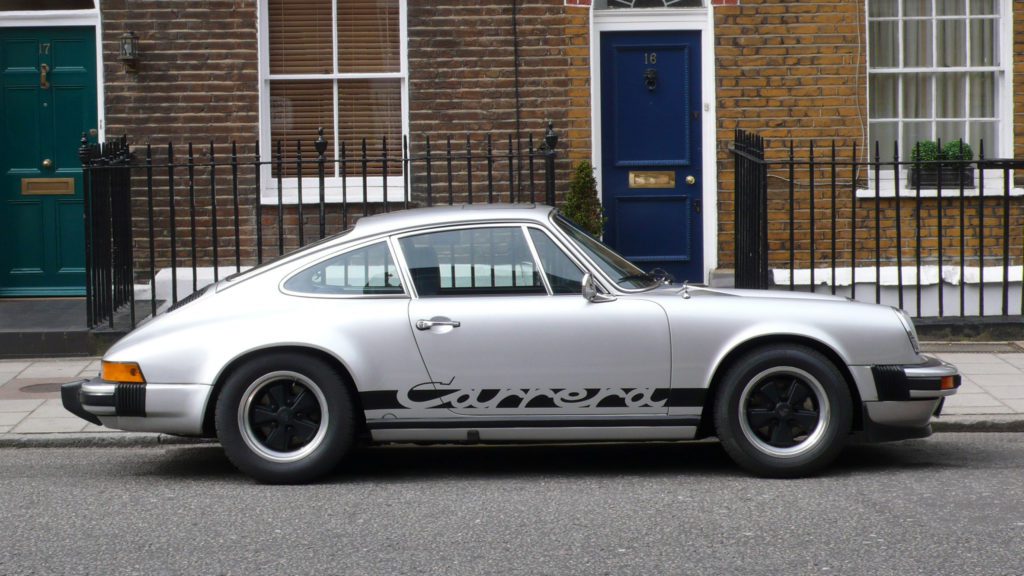 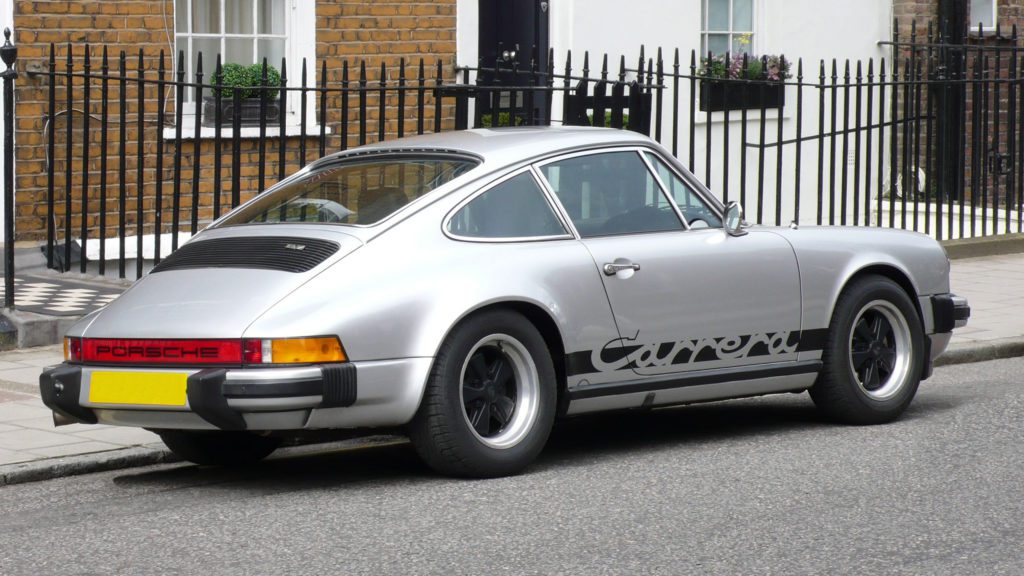 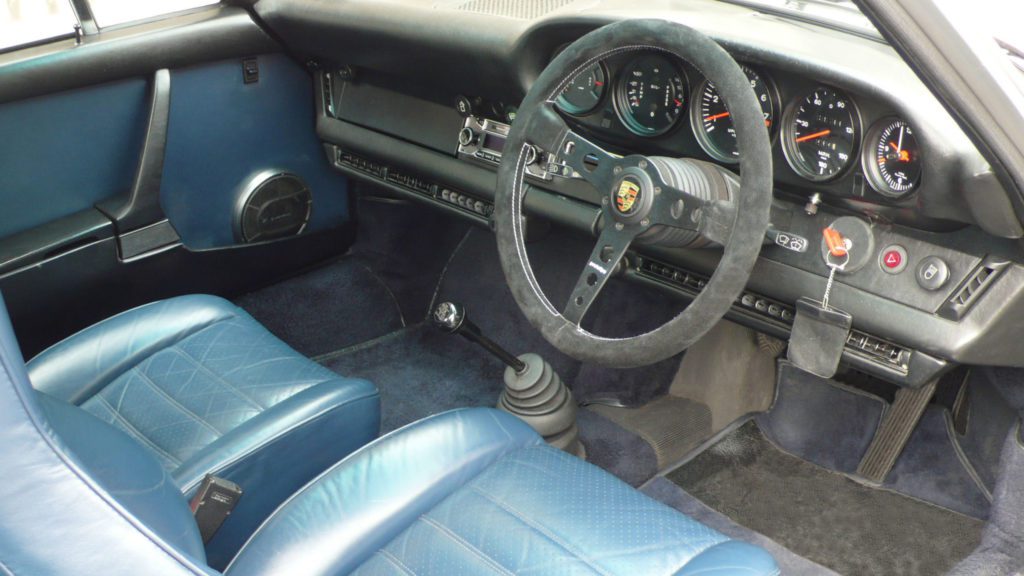 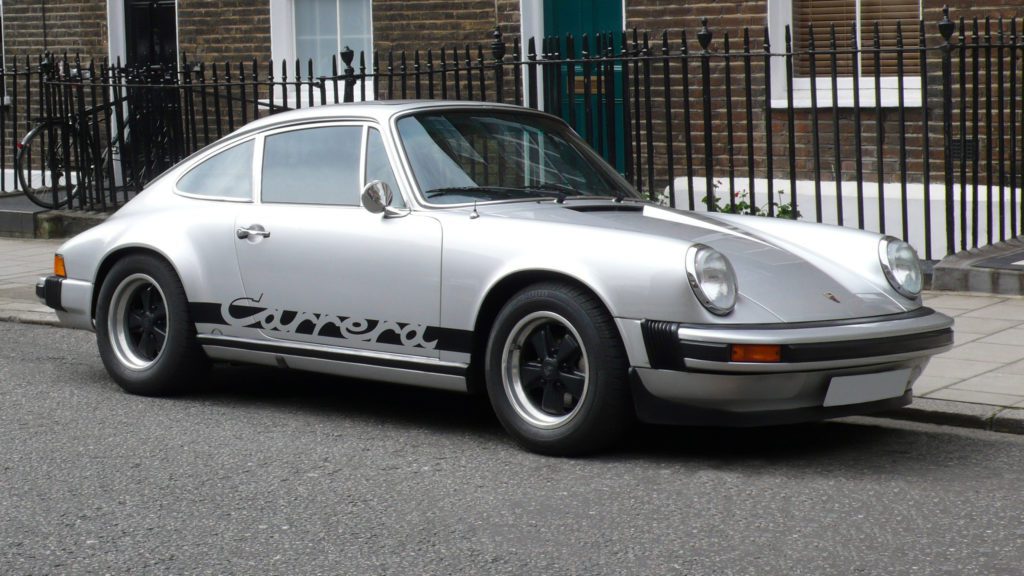 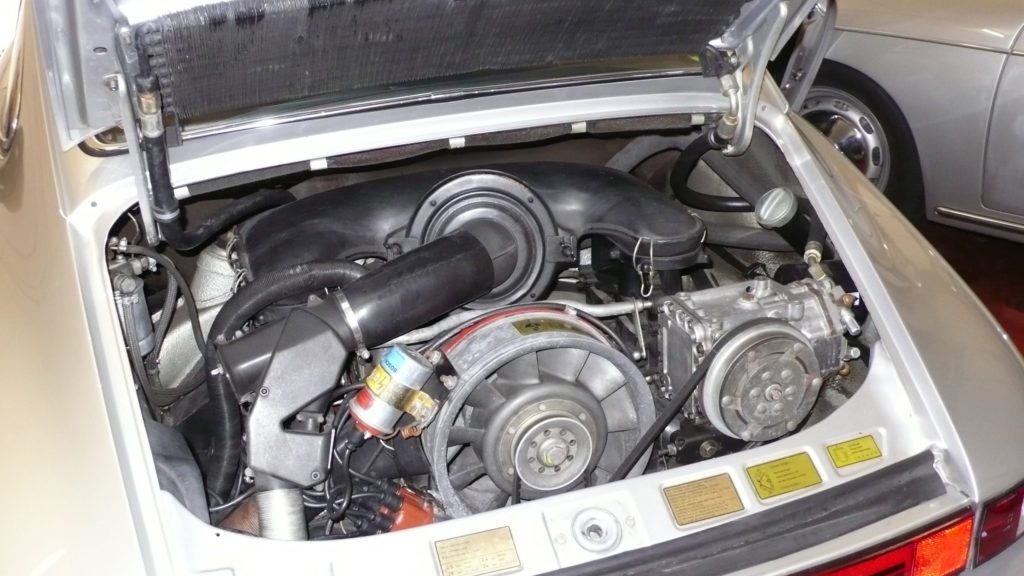 This car, 9115600361, finished in the original silver with blue leather also benefits from an electric sunroof and the even rarer addition of factory fitted air conditioning.

An earlier restoration has been carried out when the car was stripped and underwent a bare metal respray and new inner & outer sills and four new wings were fitted. Since then it has been fastidiously maintained, a fact illustrated by the 9 trophies won at Porsche Club concours events.

The Carrera was originally supplied from Porsche with the first version of a “Whaletail” spoiler as fitted contemporaneously to the RSR, this has been replaced with a non-spoilered engine cover but the original is still with the car.

A few hundred miles ago the 2.7 MFI engine was completely stripped and rebuilt by marque specialists, Jaz Porsche and a new set of Porsche spec Pirelli P6000 tyres were fitted.