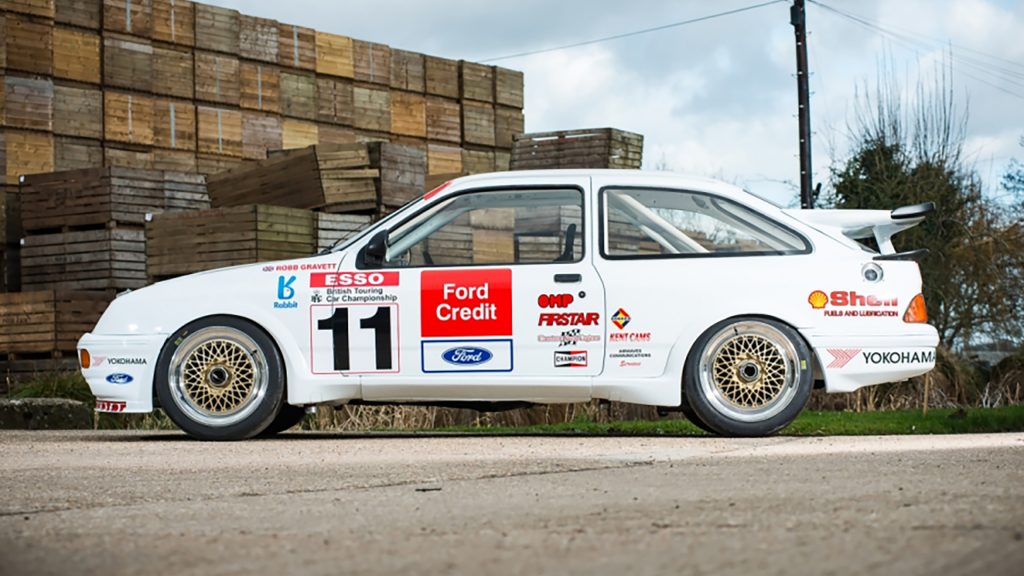 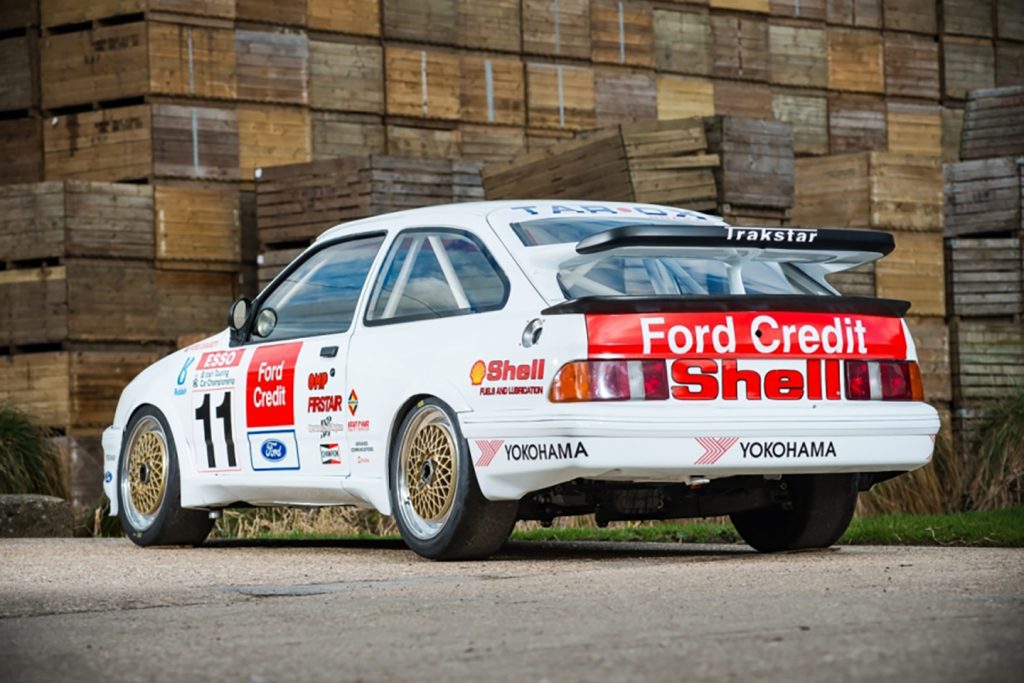 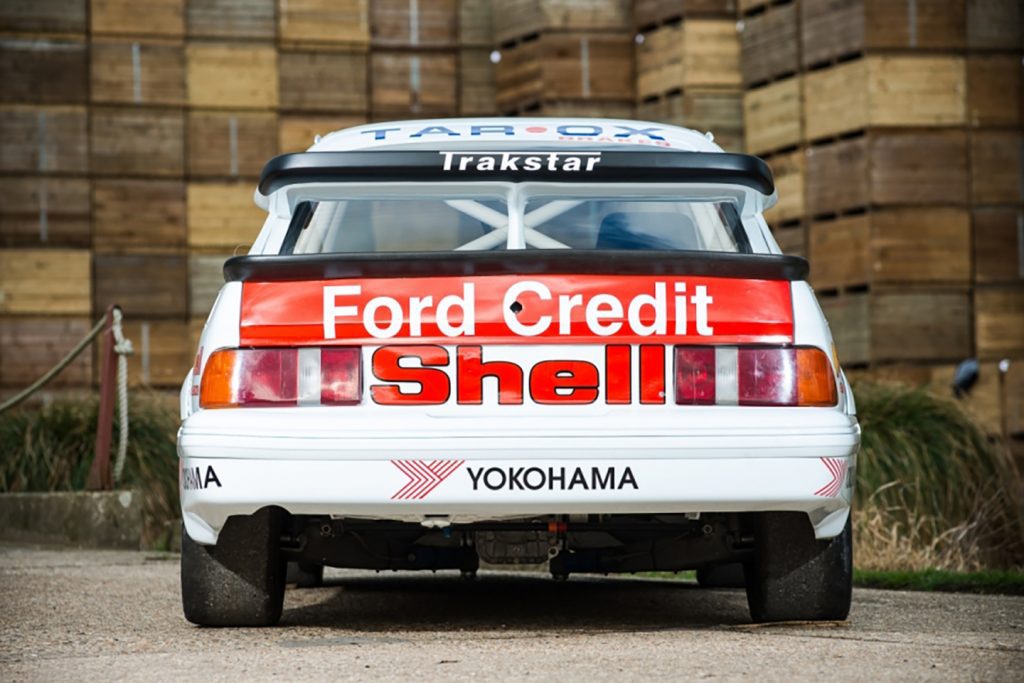 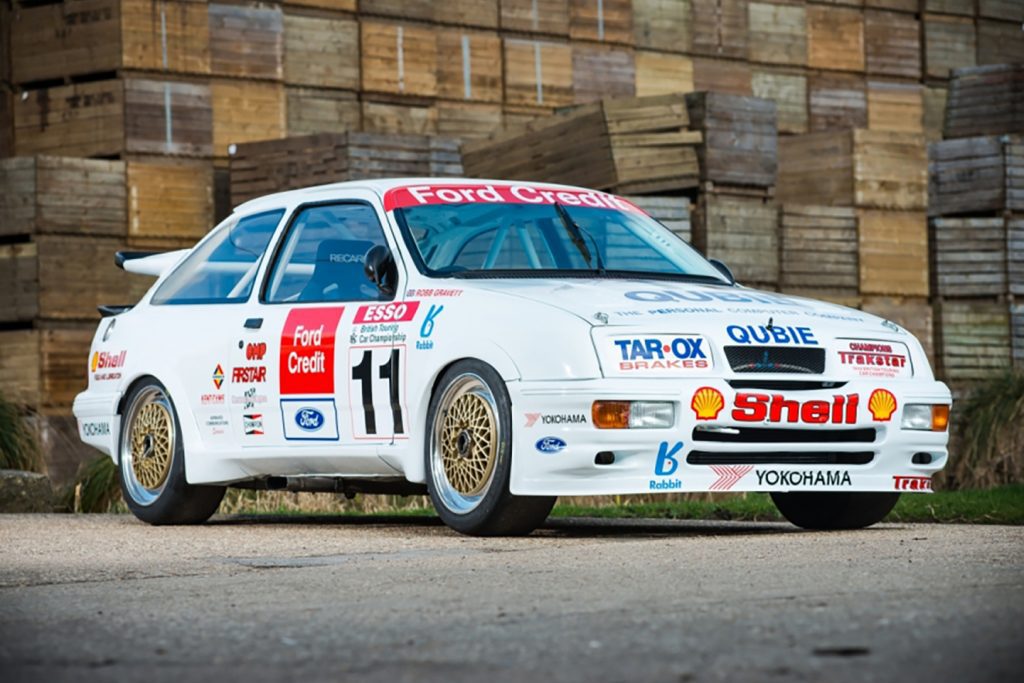 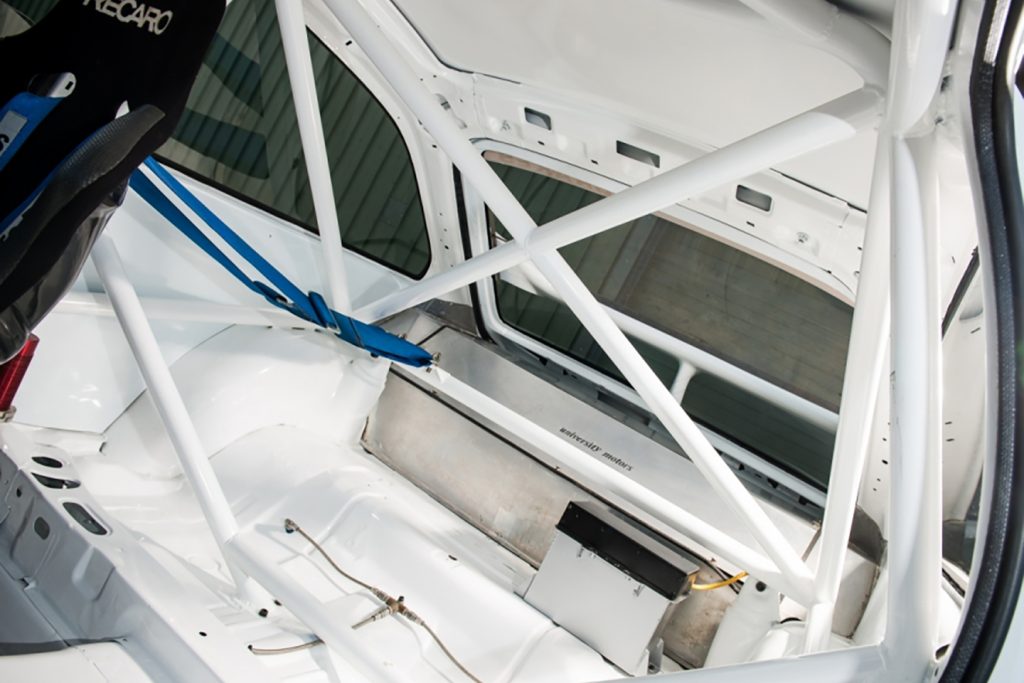 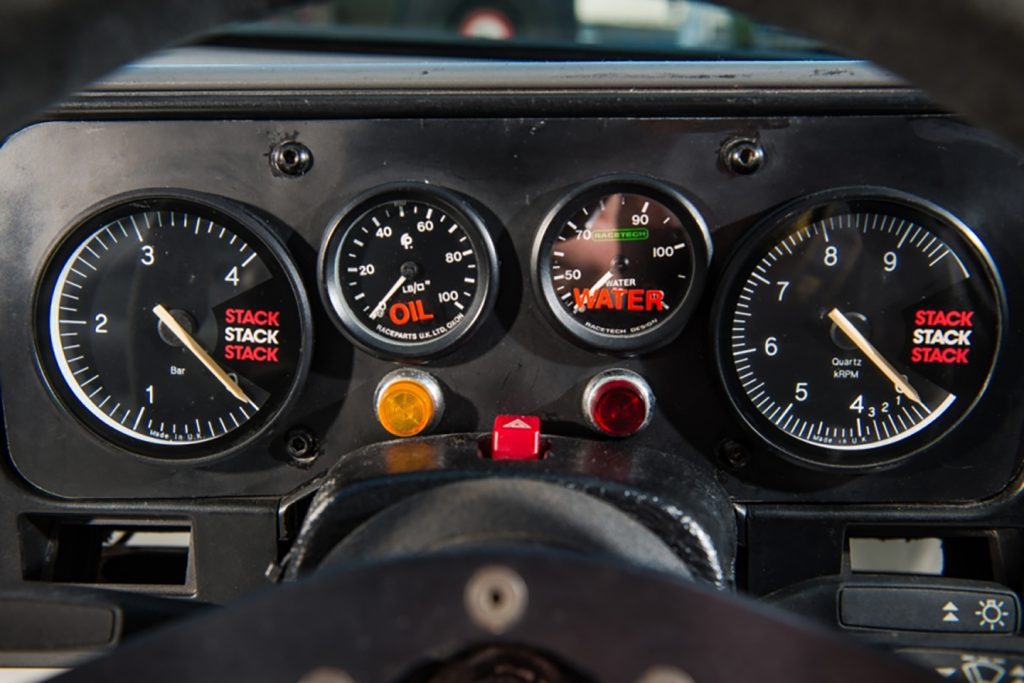 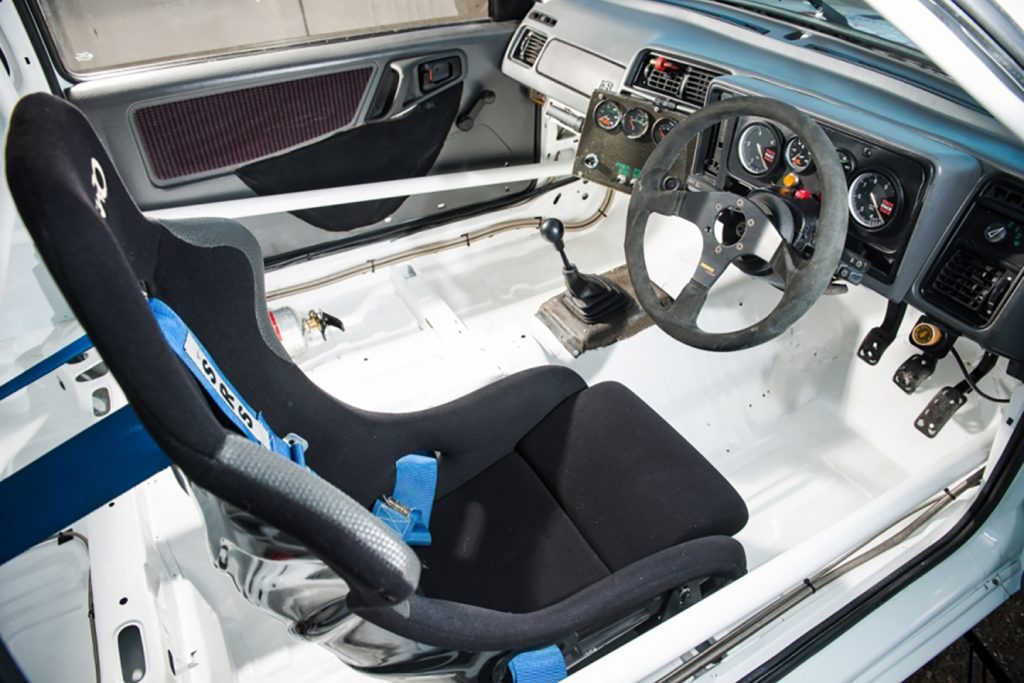 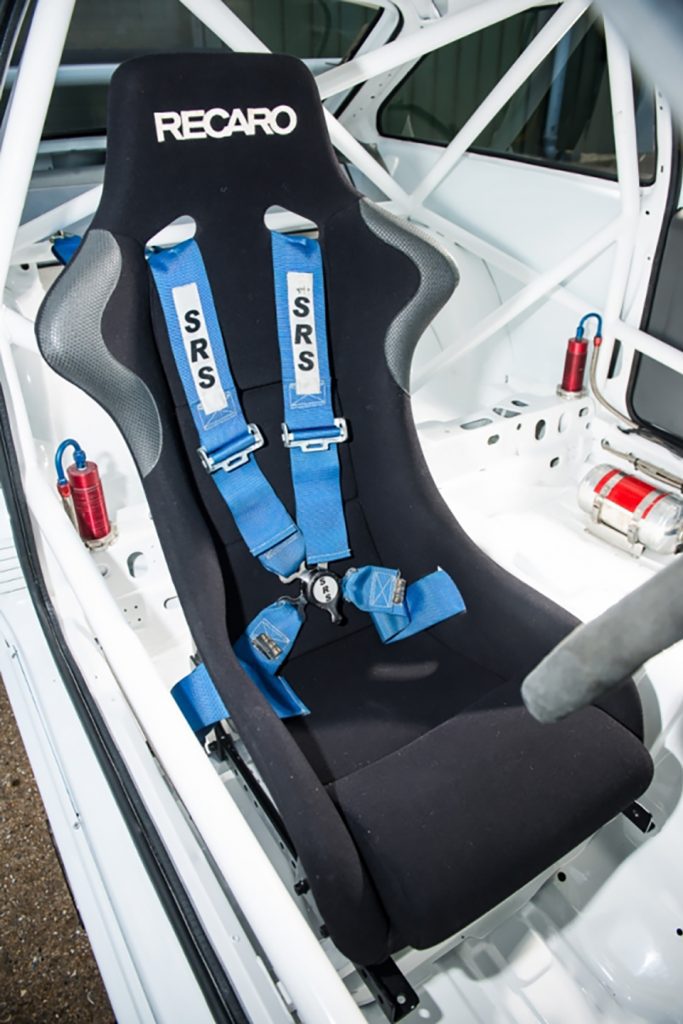 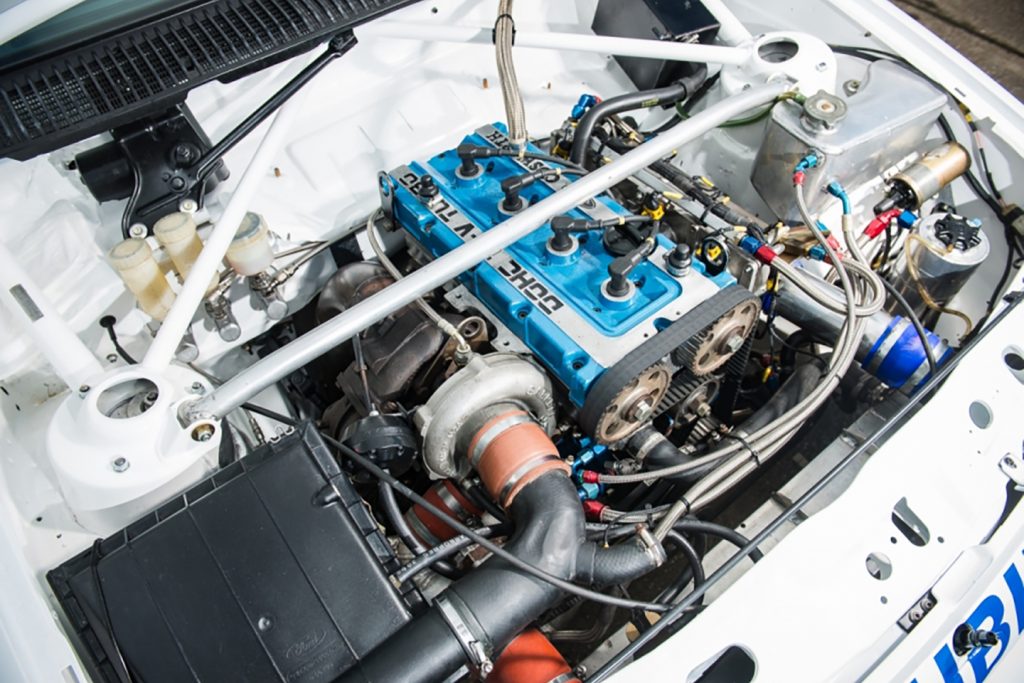 The Trakstar team was formed in 1989 to contest the British Touring Car Championship by Robb Gravett and Mike Smith together with team manager Malcolm Swetnam, poached from the previous year’s BTCC winning Prodrive BMW M3 team for whom Smith drove. Deciding that the Dick Johnson Racing Ford Sierra Cosworth RS500 was the fastest Group A Touring Car they bought the first two cars, DJR1 and DJR2.

Gravett drove the Ford Sierra Cosworth RS500 to victory first time out in the opening round of the 1989 BTCC at Oulton Park, he then went on to score a total of 4 wins, 5 pole positions and 8 fastest laps for runners up spot in BTCC Class 1 and 4th overall in the 1989 Championship. They would have won the Class 1 Championship in their rookie year when Andy Rouse had all his points deducted for running illegally modified Garret turbos but the FIA overrode this penalty on appeal as the French language edition of the FIA Yellow Book stated that “repairs” were allowed unlike the English edition.

For the 1990 season Trakstar focussed their efforts on one car, MTRS01, for lead driver Robb Gravett, with Mike Smith joining him at Brands Hatch and Stig Blomqvist at Donington for the long distance races.
This car was a new shell built to the same spec as the Dick Johnson cars by Dave Cook of Yortech Fabrications with the running gear from the previous year’s DJR2 including all the trick bits; Eggenberger suspension, Getrag 5-speed box and the Ron Harrop designed spool, known in the UK as the “Australian differential”. Mountune Racing supplying the 560bhp engines.

The result was a record-breaking season for Gravett and Trakstar with 9 wins, 8 pole positions and 8 fastest laps to finish first in Class A and win the overall 1990 British Touring Car Championship, the only Sierra Cosworth RS500 to do so.

For 1991 the BTCC changed the rules allowing only 2-litre cars and MTRS01was sold Italy for use in the Italian ‘Supertourismo’ series.

Now beautifully restored to 1990 BTCC spec and back in its original livery MTRS01 is eligible to race in the HSCC ‘Supertourers’, the Grand Prix Legends Touring Car Challenge, as well as numerous other prestigious events.