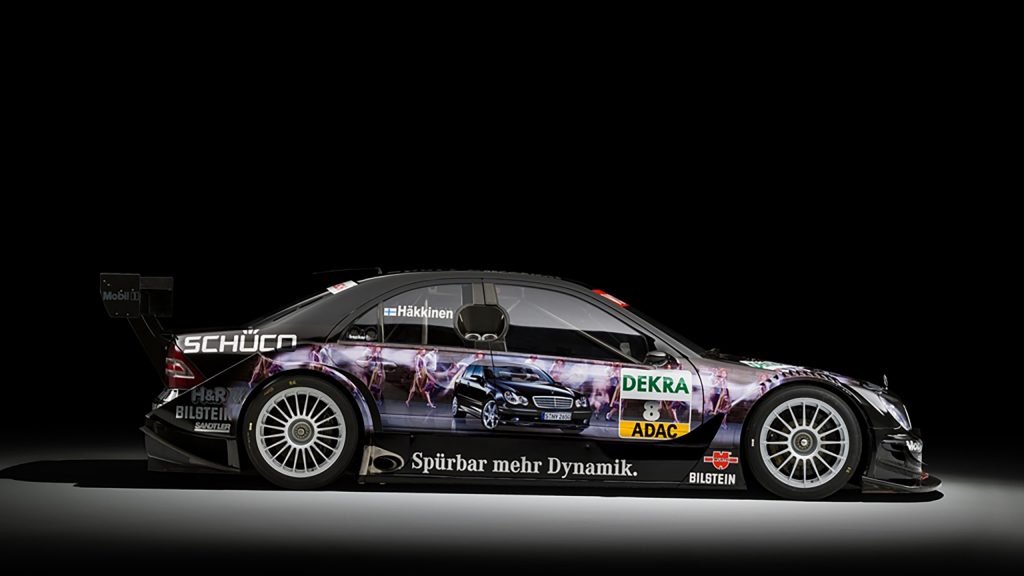 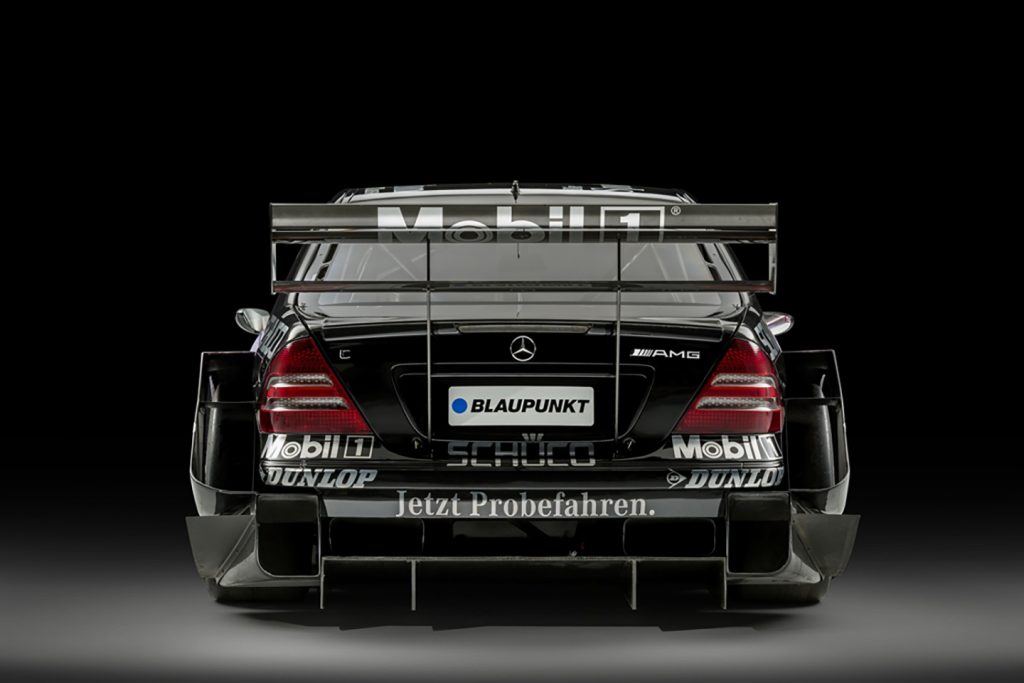 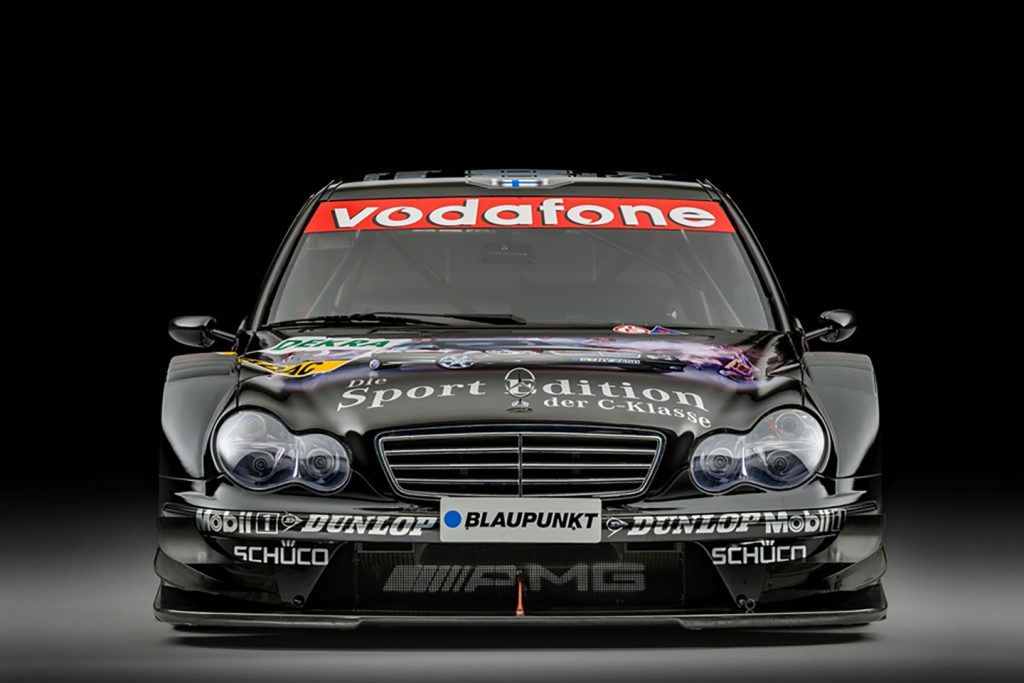 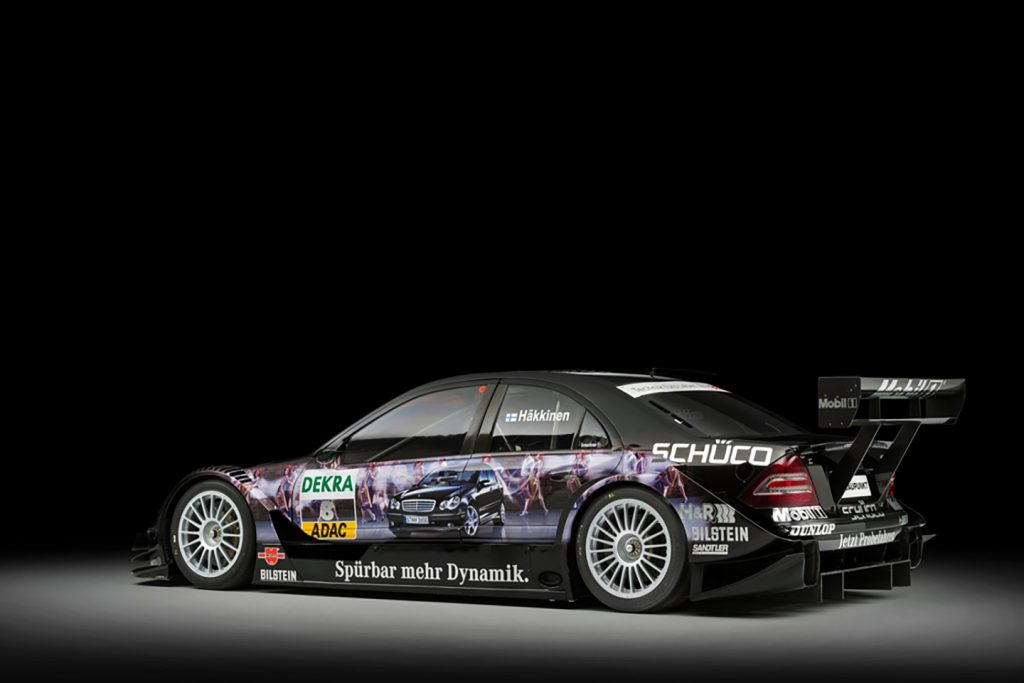 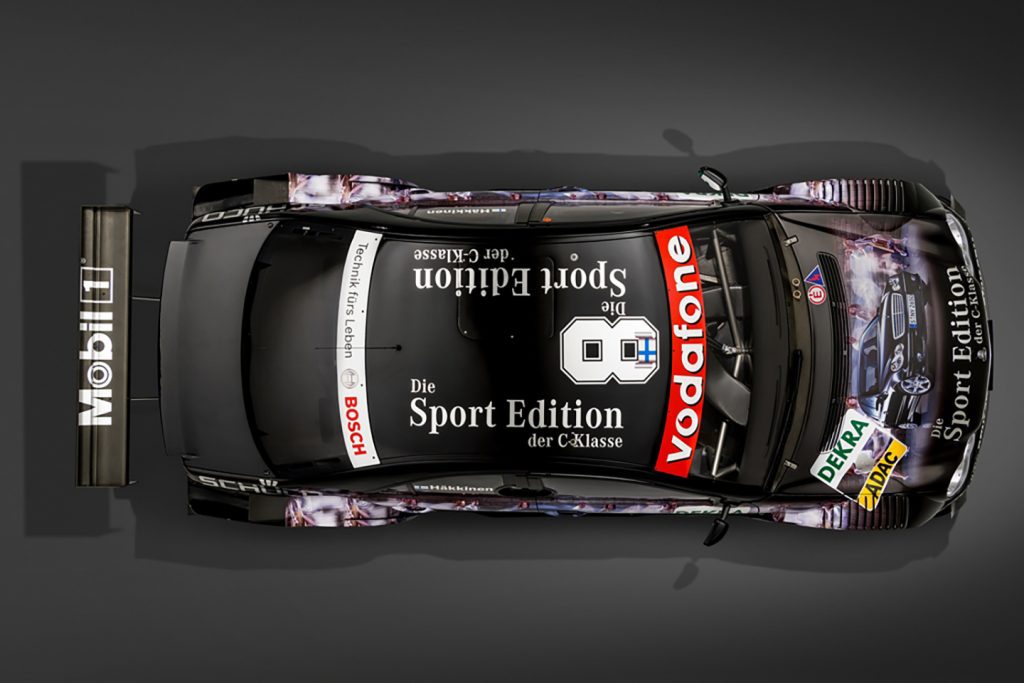 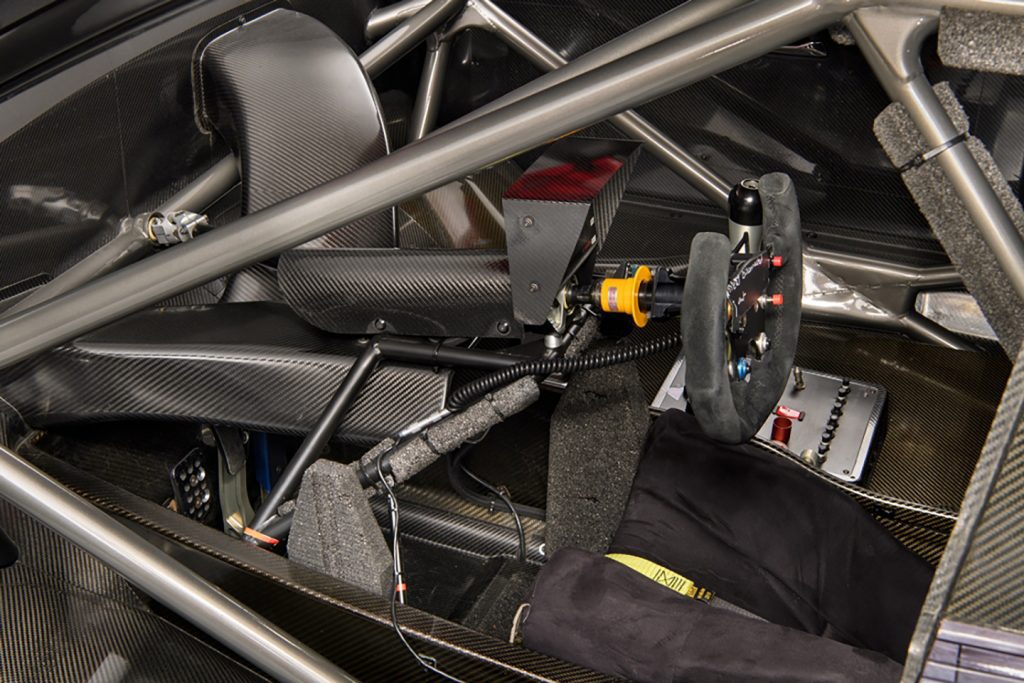 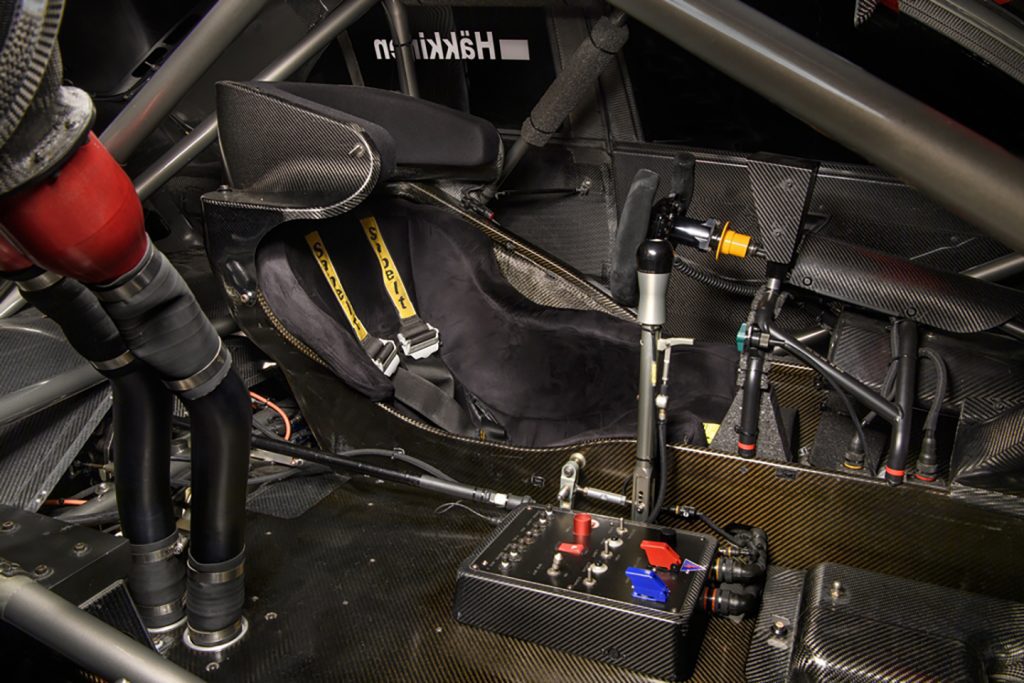 The German Deutsche Tourenwagen Masters series for ‘silhouette’ touring cars produces some of the most technically sophisticated and spectacular racing cars ever seen.

This is the works AMG-Mercedes Benz C-class DTM car that double world Formula 1 Champion Mika Hakkinen raced in 2005. After retiring from the McLaren-Mercedes F1 team at the end of 2001 Hakkinen decided to return to competition in 2005 driving for Mercedes-Benz in the DTM

Hakkinen had been a fan of DTm racing and said after his first test in the car:
“I soon realised that I’m not ready to retire for good, it was just the right moment that Mercedes-Benz offered me to test a DTM car. I saw immediately that I still enjoy racing very much and during the test my lap times were at the same level as those of the touring car specialists, I know, of course, that I first have to get used to a DTM car to be able to fight with the front runners. The AMG-Mercedes C Class, however, is a great car and with it I want to be consistently competitive soon.”
The double World Champion ended that come-back season fifth in his maiden DTM Championship with a fine 3rd place in his second race followed up by a superb victory at the classic Spa-Francorchamps circuit in Belgium, were he also started from pole and made fastest lap in the race.

The AMG-Mercedes C-Class DTM cars are built on a custom-made multi-tubular spaceframe chassis stiffened by steel roof and side panels, doors, bonnet, wings and tail panels are in ultra-lightweight moulded carbon-composite materials. The design features an integrated driver safety cell and advanced impact absorbing front, rear and lateral structures. The DTM designs have built a reputation for the use of sophisticated aerodynamic aids, and this 2005 Mercedes is no exception with flamboyant shapes on the front apron, side panels, underfloor and rear diffuser that are mated to the standardized double-profile rear aerofoil.

The AMG-Mercedes DTM regulation engine is a 4-litre 90-degree V8 with 4 valves per cylinder producing 475bhp at 7,500rpm in spite of the regulation air intake restrictors. Transmission is via a carbon-fibre Cardan shaft, three-disc carbon clutch, six-speed sequential change gearbox, and a limited-slip differential with no traction control.
The suspension is double wishbone with coilspring/damper units actuated via pushrods front and rear. There are carbon brakes without ABS within 18 inch diameter wheels, 11 inches wide at the front and 12 inches at the rear with power steering.

After its racing career RS 05-012 was kept at the Mercedes-Benz Motorsport Department until 2014 when it was sold to a prominent race team owner who has kept it at the premises of one of the foremost motorsport preparation teams in the UK.