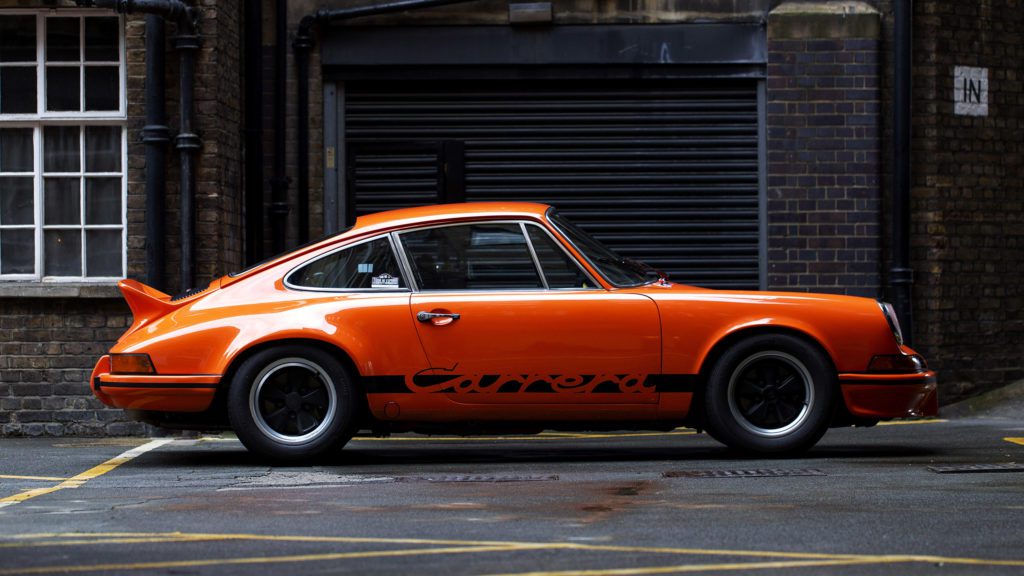 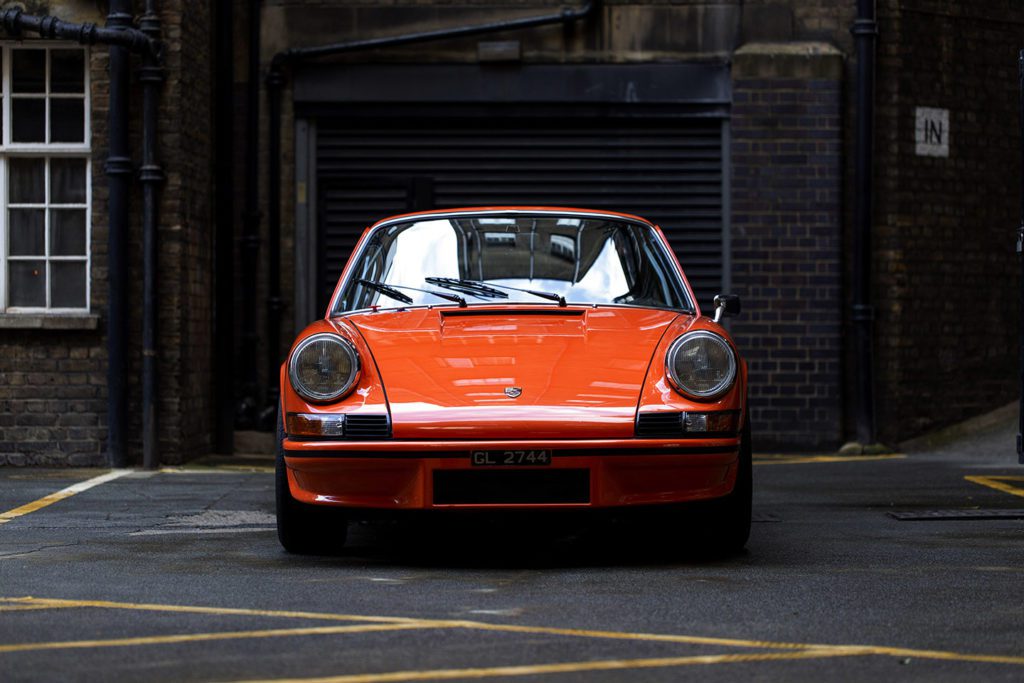 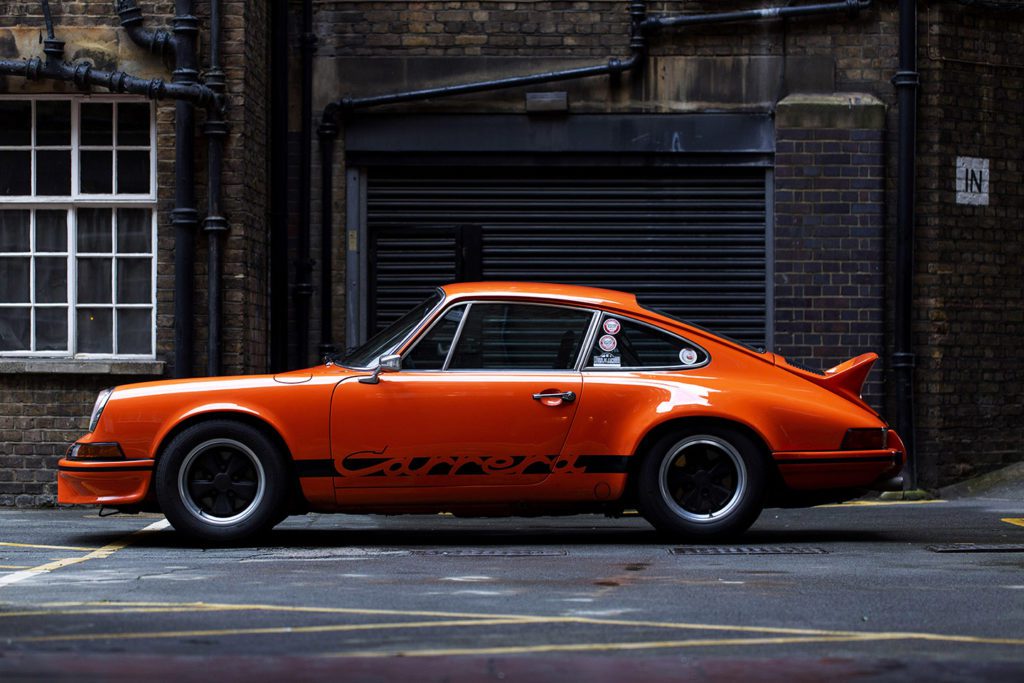 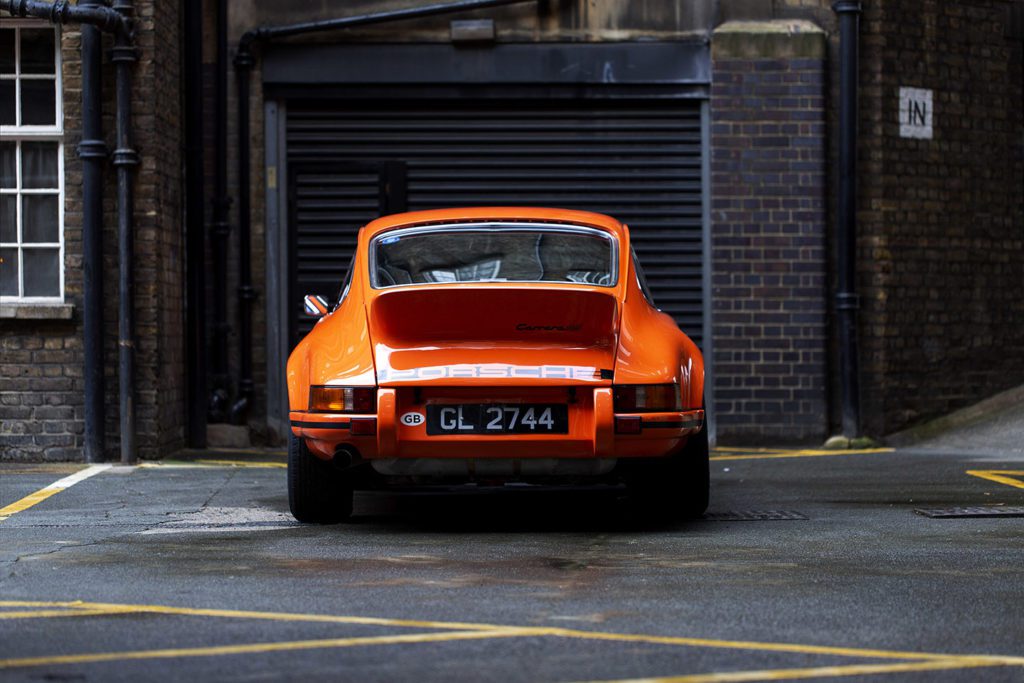 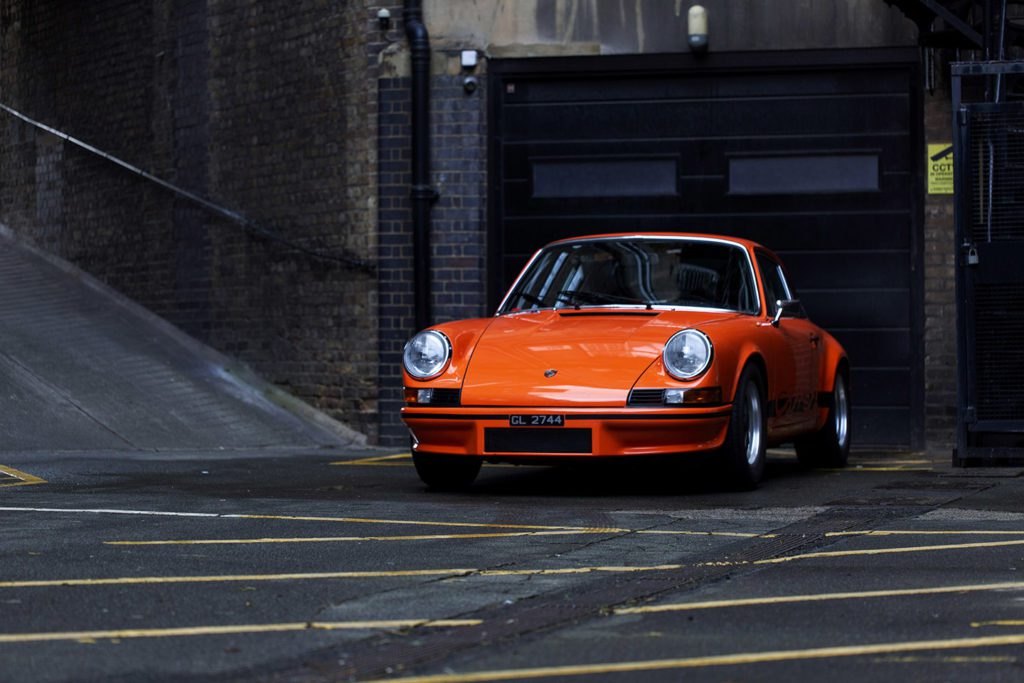 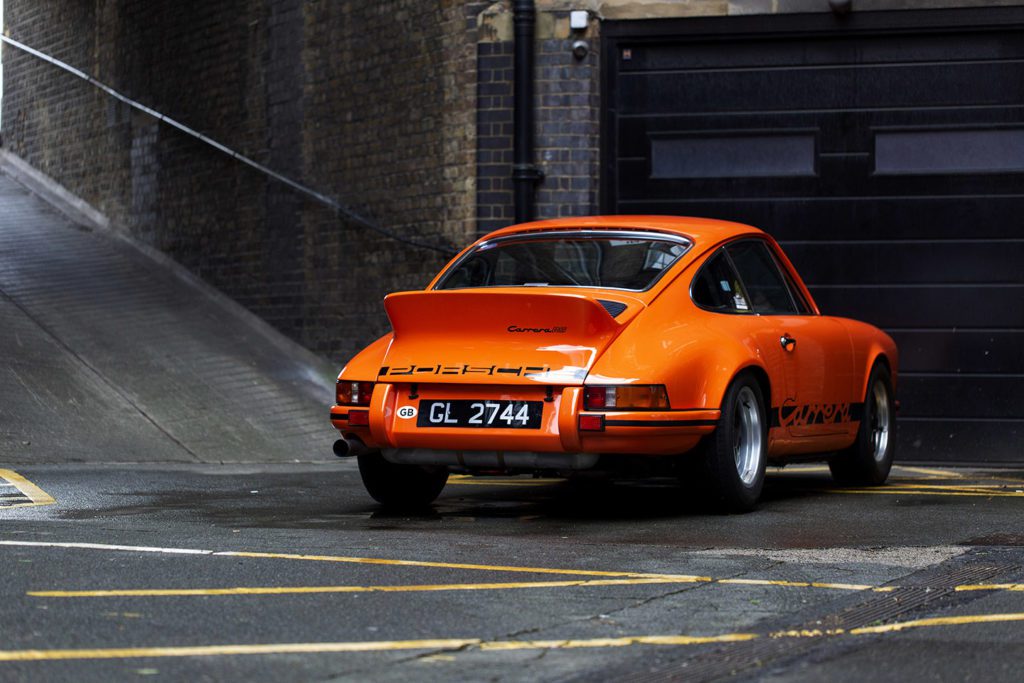 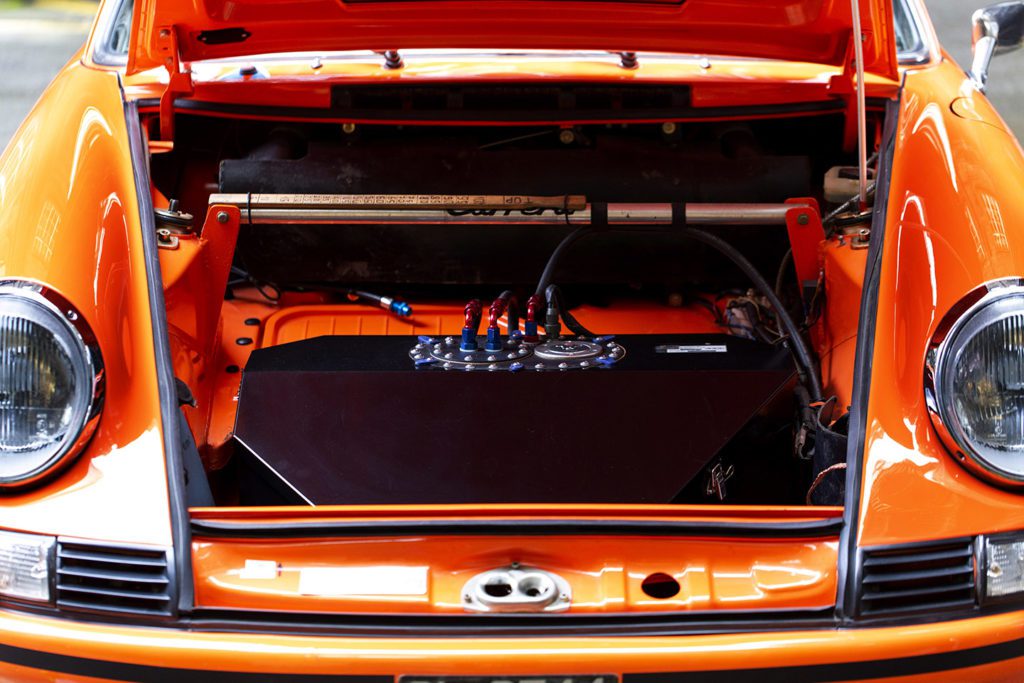 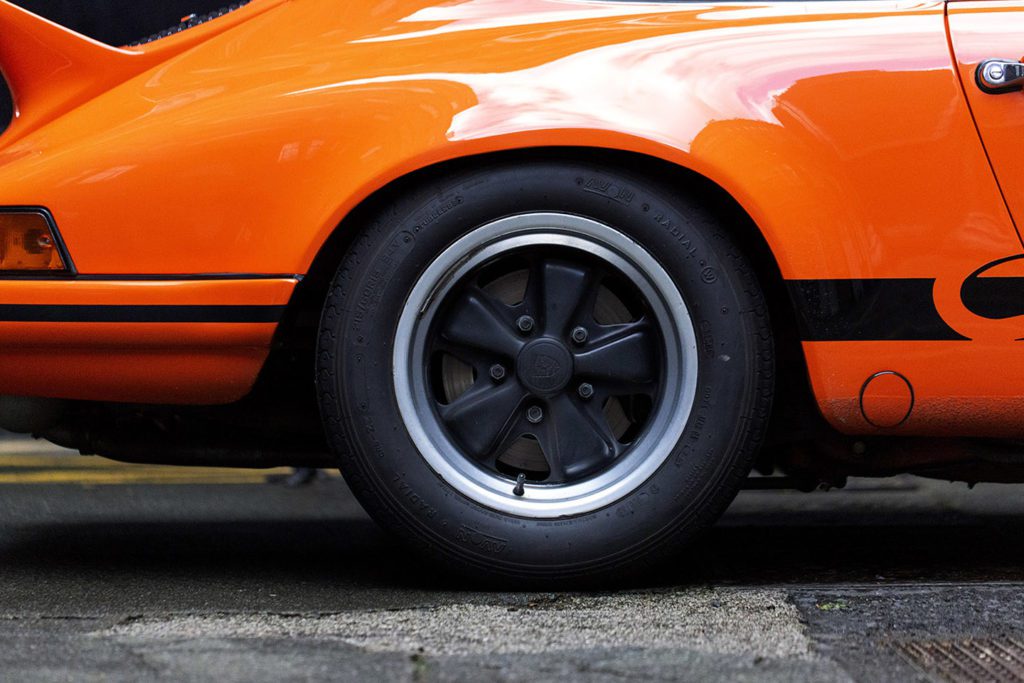 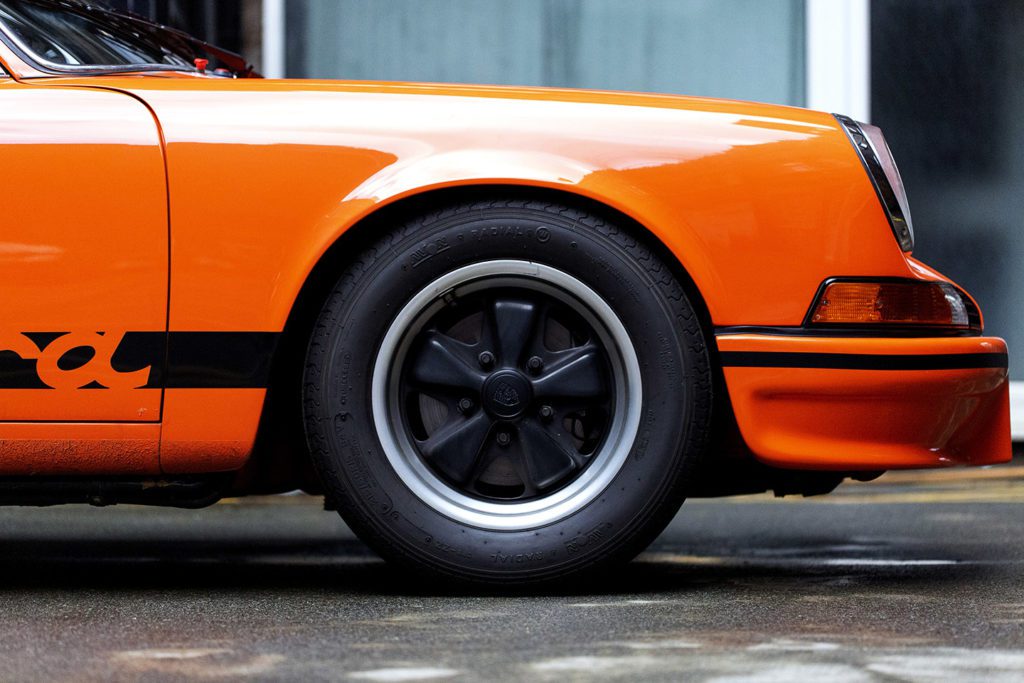 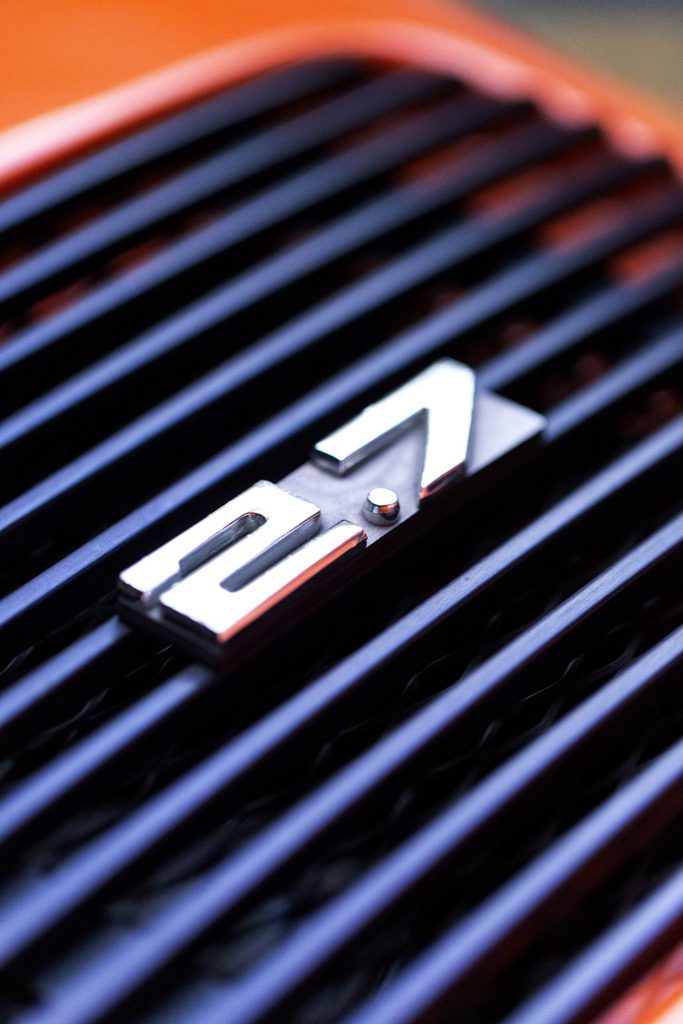 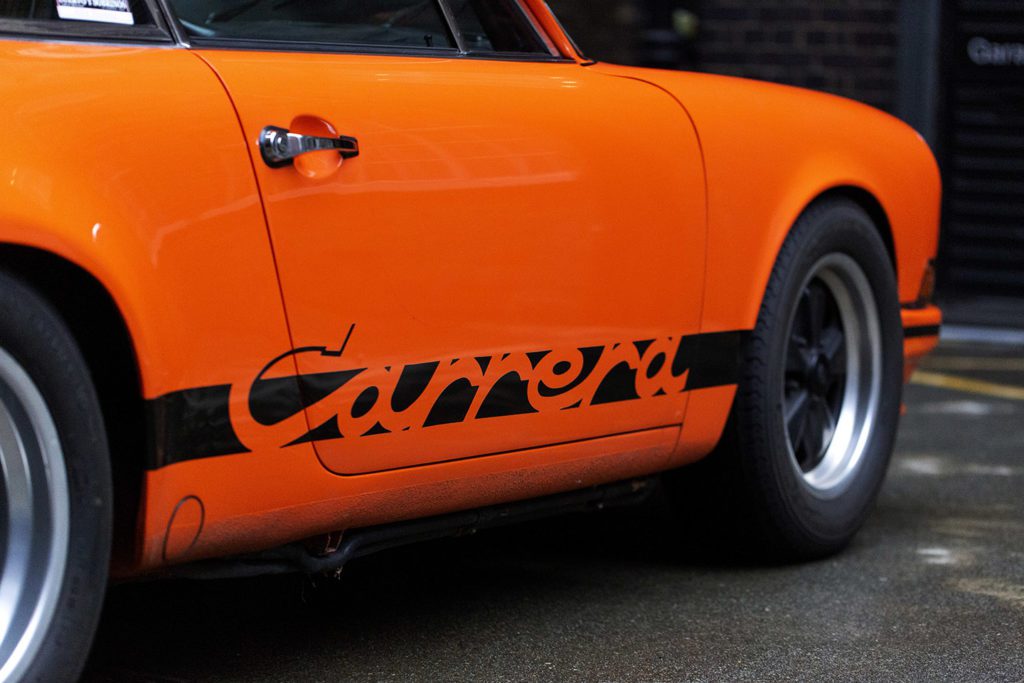 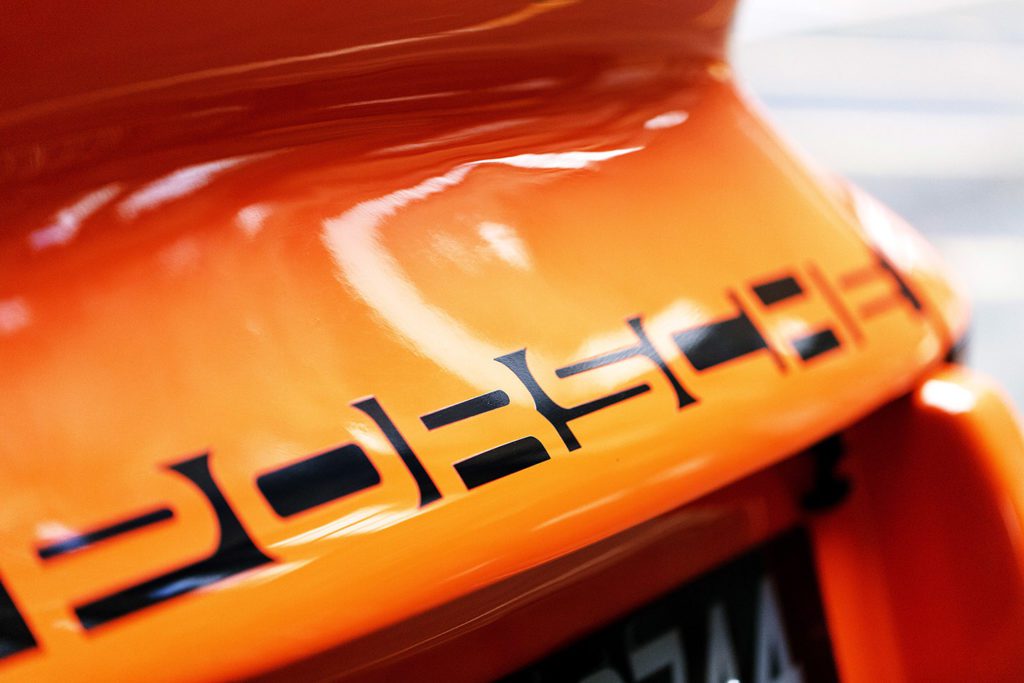 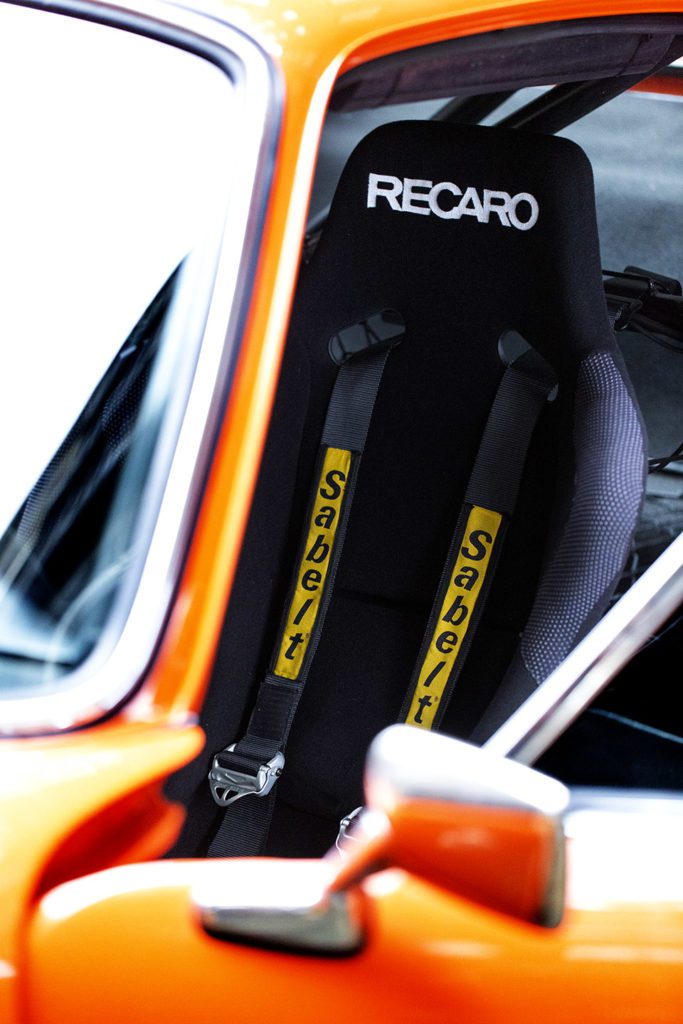 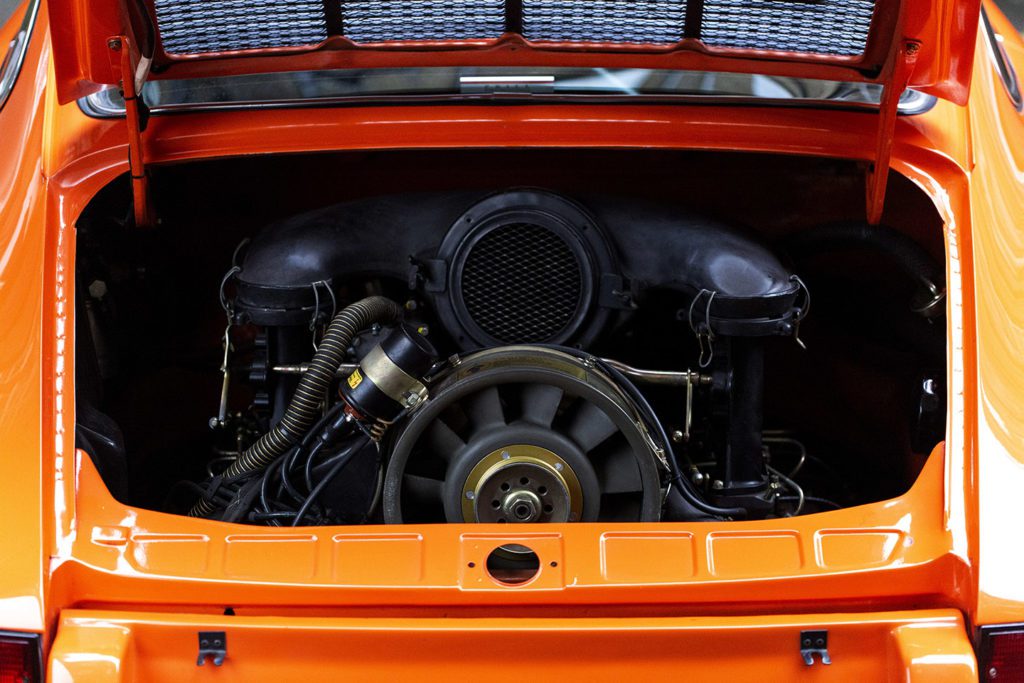 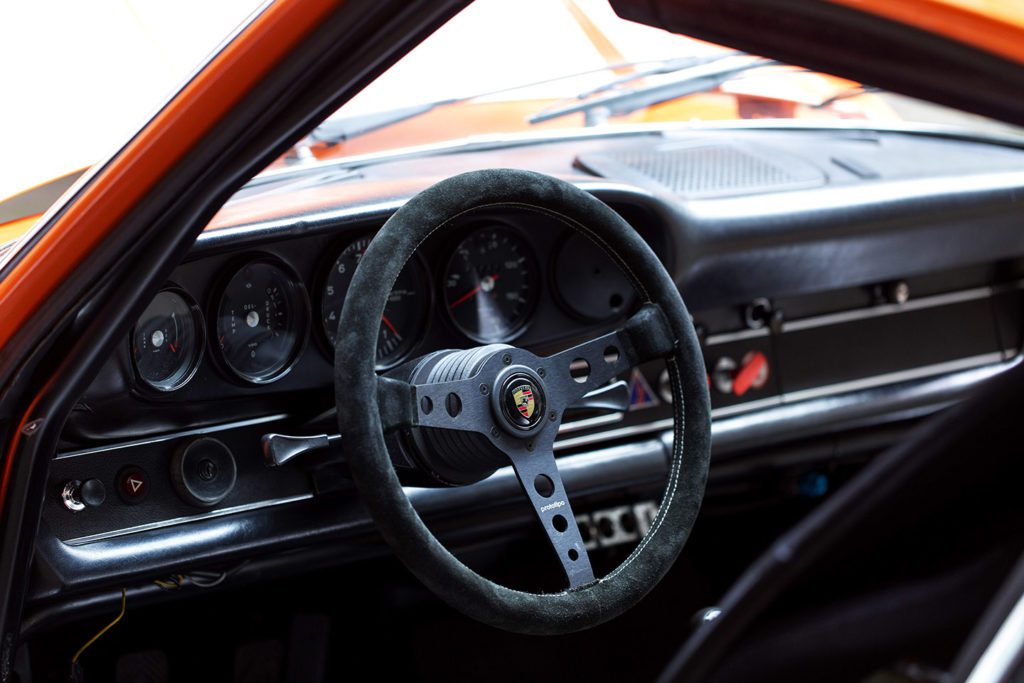 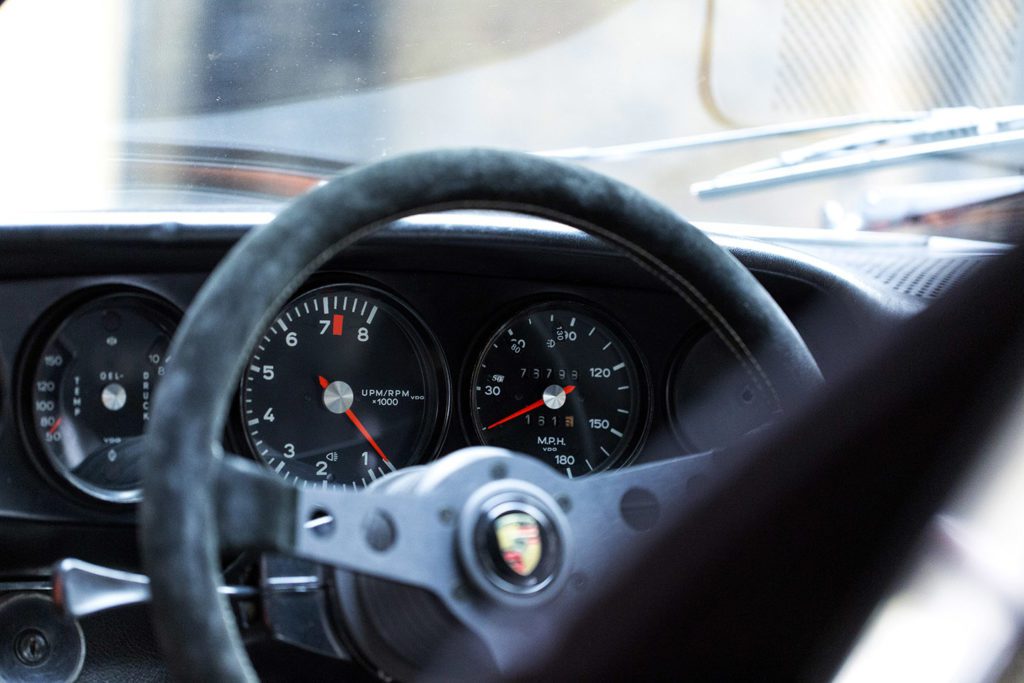 One of only 200 RS Lightweight Chassis

The 1973 Porsche 911 RS (Rennsport) was designed and built to homologate the 911 in the FIA Group 4 for GT cars. Five hundred examples were required but the car proved so successful that the build schedule was quickly revised to 1,000 and demand eventually resulted in 1,500 chassis being completed.

M472, the touring option, was to be a superb high performance GT and retained much of the interior trim and features of the standard 2.4S.

The running gear, as delivered from the factory, was similar for both models;

There was a new, more powerful engine, the 2.4 litre flat six was bored to 2.7 litres and using Bosch mechanical fuel injection (MFI), the new engine developed 210 bhp at 6300 rpm.

The use of wider  Fuchs alloys necessitated a substantial flare to the rear wheel arches which combined with the iconic “Ducktail” spoiler on the engine cover to give a  new and more aggressive look.

This beautifully balanced package provided the driver with a car that offered superb handling with brilliant acceleration (0-60 in 5.5 seconds) and a maximum speed of 149 mph (240kph), numbers that are admirable today but were nothing short of stunning for 1973. Contemporary road testers raved over the car’s performance and, as demonstrated by the build numbers, racers couldn’t get enough of it.

To save weight the  M471 was fitted with thinner steel body panels, glassfibre replaced some and thinner window glass. The interior was stripped, soundproofing was removed, flat door panels were used with a strap to operate the latch and a tiny Fiat 500 handle closed the doors. There was no passenger-side sun visor, glove box door, clock or rear seats and the Sport Recaros were replaced by Recaro’s skinny racing buckets.

For several years it was owned by Kremer Racing engineer Willi Neubauer.

For the past 15 years RS 1458 has been part of a stable owned and raced by a well known historic racer who used it mainly for events such as the Modena Cento Ore and the  Tour Espana Classic where it won Class H and finished 7th overall.

9” & 11” Fuchs alloys are fitted along with a front turret crossbrace.

RS 1458 has not been used since this work was carried out.