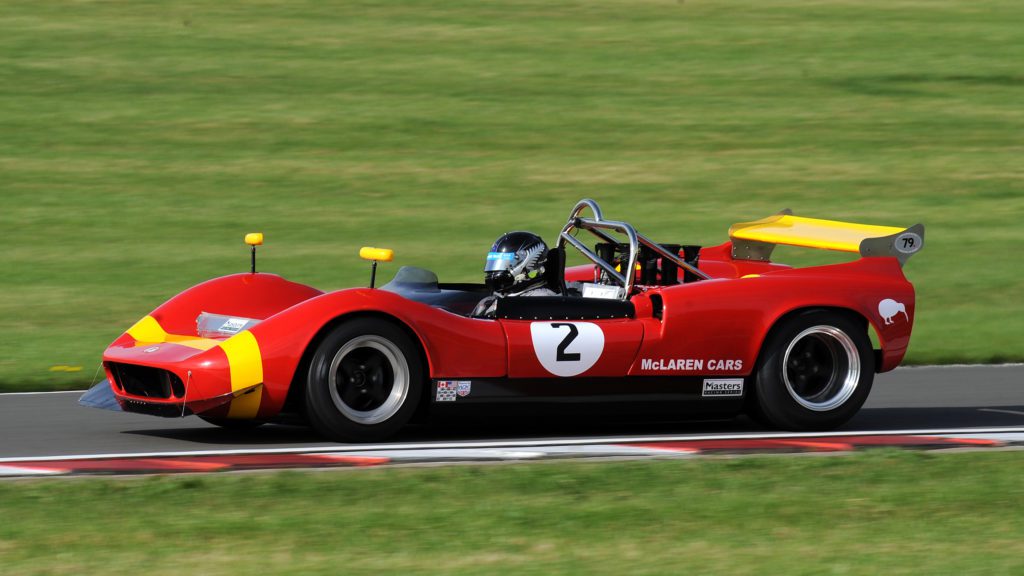 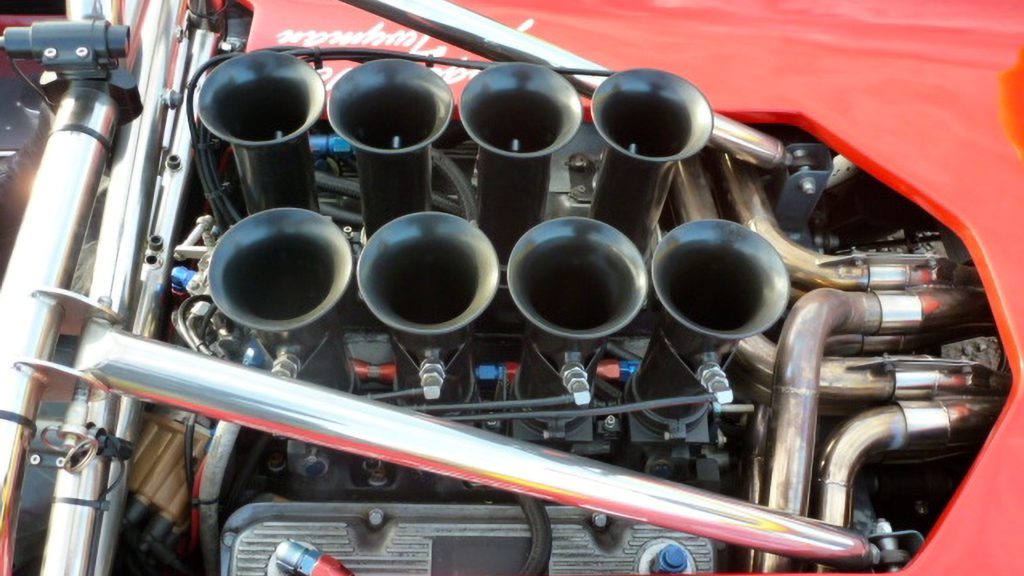 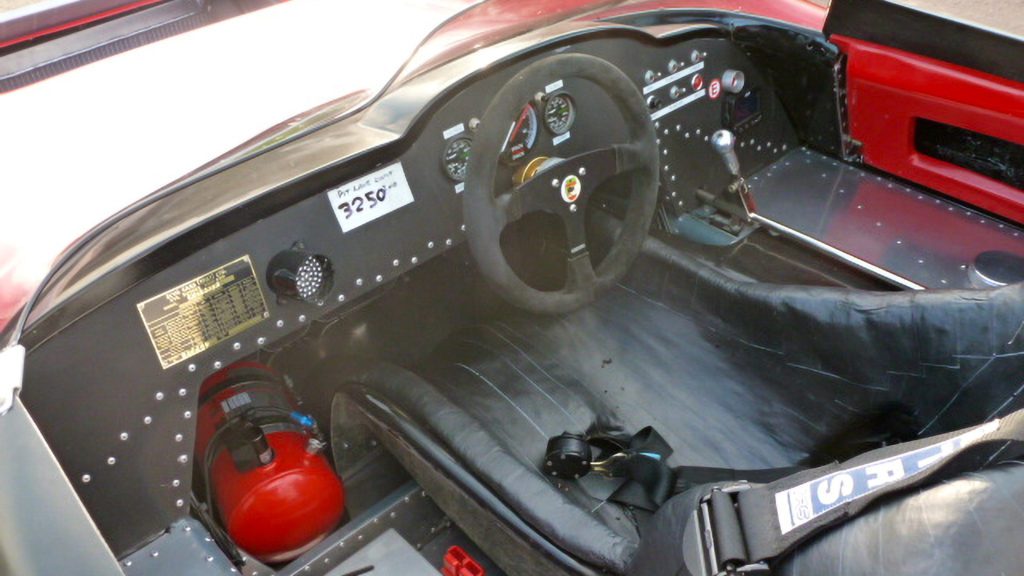 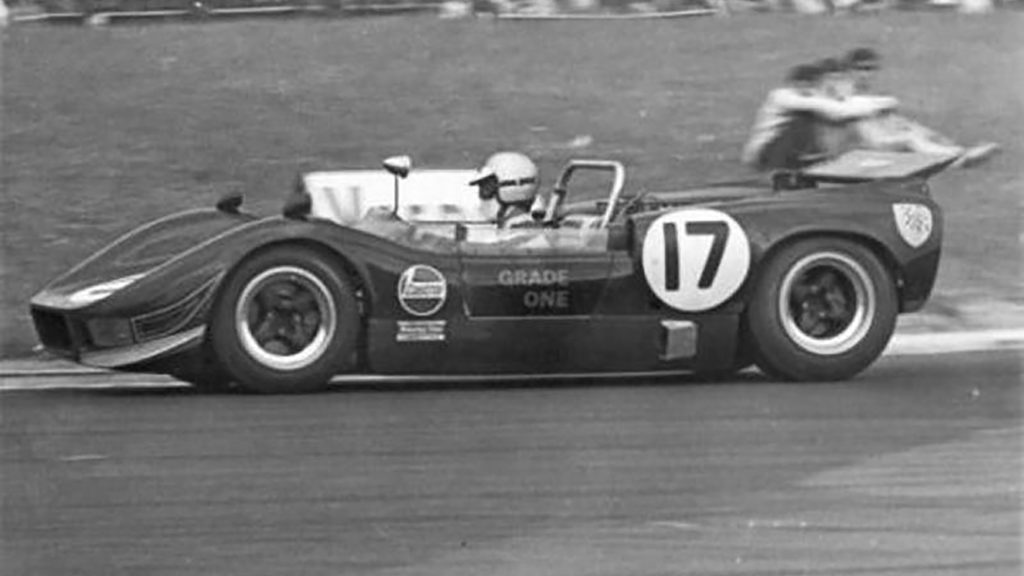 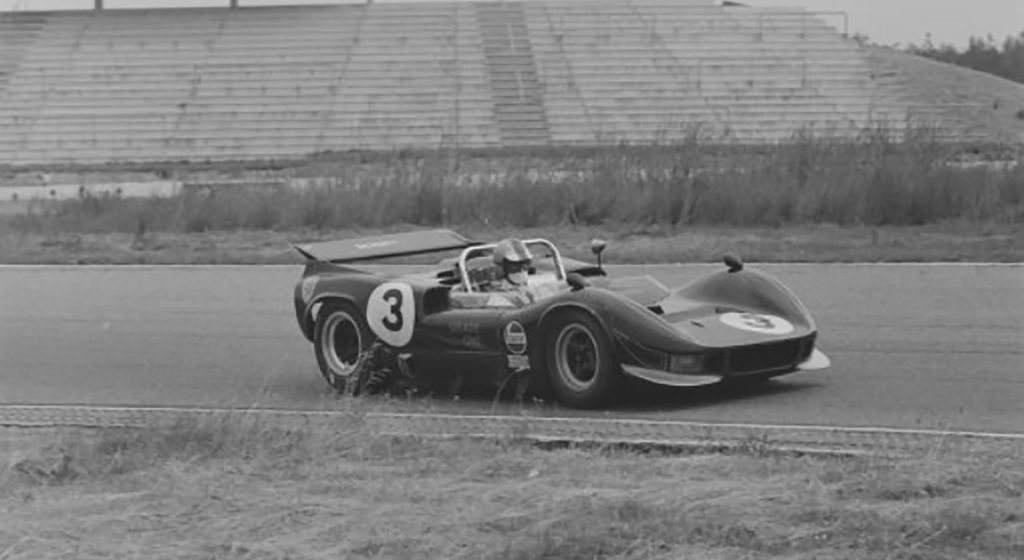 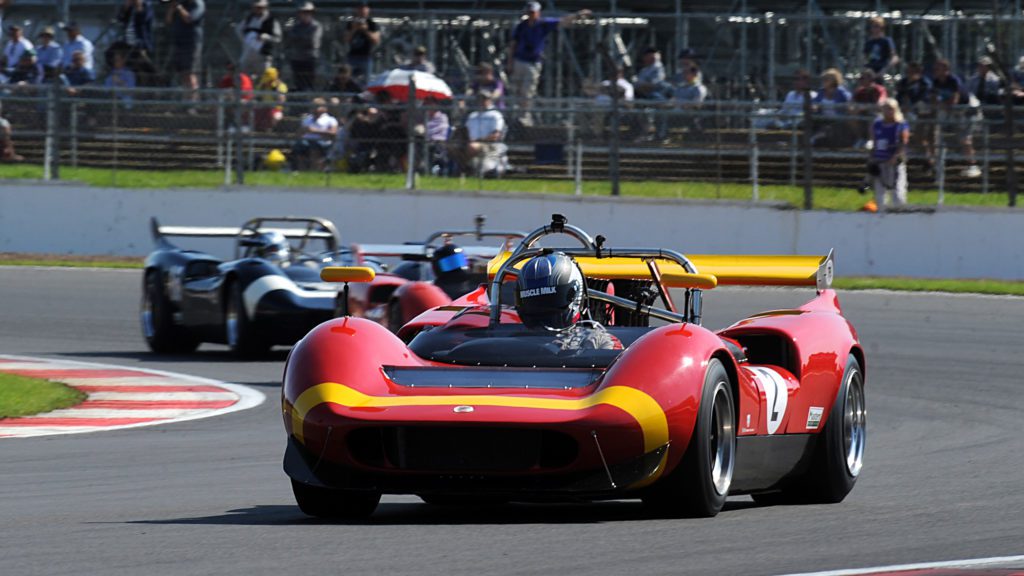 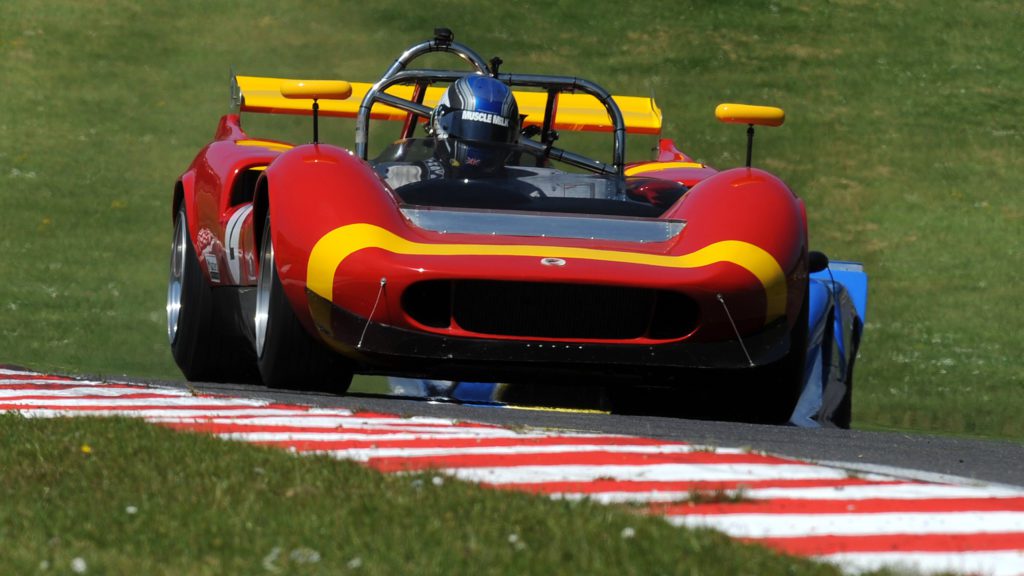 The McLaren M1C was the final development of the M1 and total of 25 M1C’s were produced with most of the cars ending up in the USA or Canada for the CanAm challenge.

Chassis 40/04 was the only M1 to be fitted with a Ford engine and it remained in the UK, initially purchased by John Woolfe who shortly sold the car to Alistair Cowin. Raced in National and International sports car races across Europe in ‘68 & ‘69, notably at the Nuremberg 200 and Solituderennen. In 1969 he qualiﬁed on pole 6 times, won 8 races and set 7 fastest laps.

In 1970 Welshman Ken Wilson purchased the car and raced in National events (most at Llandow) including a hill climb at Weston Super Mare at the end of the season.

The car then changed hands again, long time racer John Jordan entering over 20 races with the car in 1971 before selling her to ex motor cycle racer Malcolm Clube.

Prepared by John Felstead and WDK Motorsport the car won on the current owners debut in the WSM race at Portimao in the Algarve in 2010. Lately the car has been campaigned in World Sports Car Masters events consistently running at the front of the ﬁeld. It is also eligible for the 1000km series and CER events.